Who is Jonny Gould? 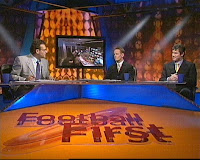 Jonny has 27 years experience in sponsorship and broadcast journalism. He's the CEO of Sportsmedia, set up in 1992, now the biggest independent provider of sports news bulletins to UK radio. In 2007, Businessmedia was launched to provide Finance News to the radio industry as well. 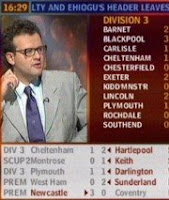 He's a Sky News Sunrise news reviewer and a sports pundit and commentator on Al Jazeera. This year, he was the breakfast show sports presenter on both Smooth Radio, then BBC Radio 2.

In 1992, he set up and became Sports Editor of ITN's Independent Radio News before becoming the first ever sports voice of Talk Radio in 1995.

The Soccermongery started in 2007, features Jonny's reports and opinions as he wanders the corridors of football and the business surrounding it.

He's an Aston Villa fan and England season ticket holder and his all time football heroes are Brian Clough and Zinedine Zidane. From the current crop of players and managers of today, he's an admirer of Gareth Bale and Villa heroes are Andy Gray, Peter Withe, Gary Shaw, Gordon Cowans and Ian Taylor.

Soccermongery's all about opinion and audio from one of the UK's best sports broadcasters.