England head to Miami with more to prove 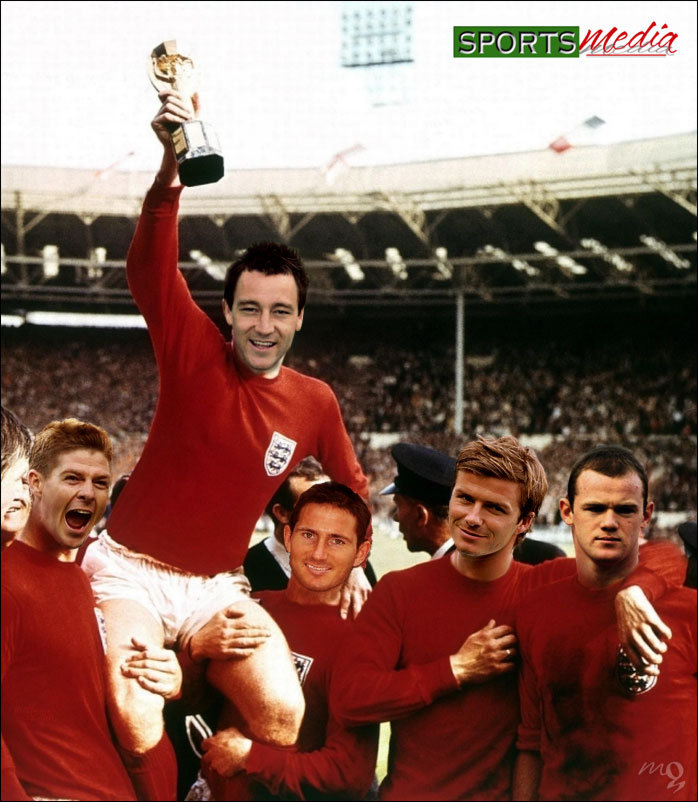 So what did we learn from Peru? They're among South America's weakest teams, haven't won for a year and from time-to-time looked a bit Arthur Daley with some questionable behaviour.

Certainly more thought should be given to our friendly opposition. England public are too football-sophisticated to be soft soaped with such poor fare laid on at Wembley.

But there was no shortage of endeavour on our side. Daniel Sturridge, with his fourth goal in eleven internationals opened up a game in need of a goal and Leighton Baines is a real weapon from set pieces. He took the corner for the other two goals scored by Cahill and Jagielka.

Joe Hart looked assured when needed keeping Peru out in the first half.

Roy Hodgson likes Johnson's ability to attack but is that a price too large to pay for his defensive inadequacies?

Wayne Rooney, who flatters to deceive in major tournaments wasn't short of application and commitment, but his lack of key match fitness reduced his ability to really make a difference.

When substituted during the second half to give Roy a look at others, it was to disguise the fact he needed to be replaced.

He needs match fitness after injury to realise his true potential.

Adam Lallana showed touches of class and his element of surprise could reap huge dividends in Brazil.

When Raheem Sterling came on, his direct running at Peru gave England an attacking impetus and dimension missing up till then.

But international football is too tactical for that kind of game.

I'd love to be proved wrong but we could be found wanting at this World Cup. Italy, Uruguay look weighty opposition. By the time we face Costa Rica in the final qualifying game, will it be too late?

Yes, there'll be a spirit of adventure about new young players given a first opportunity but if we're gung ho in Brazil, we'll be mopped up and eaten for breakfast by more experienced opposition.
by Soccermongery's Jonny Gould on Saturday, May 31, 2014 No comments:

Ryan Giggs has created a shortcut route to coaching and management credentials.

He steered rudderless Manchester United into their final four games of last season but despite mixed results, still lifted the post-Moyes gloom hanging like a Manchester rain cloud over Old Trafford.

The Welshman was dispatched by United to meet prospective boss Louis Van Gaal in Holland and it's reported he'll be offered the assistant manager's job when the Dutch coach is finally unveiled.

Sky Sports' Gary Cotterill chased Van Gaal down an Amsterdam street and though short on comment, he did confirm there was a "process" towards his appointment.

But if Giggs is in, then Paul Scholes should be too. He's a special talent http://vine.co/v/MjMr91P7XBB

In the dugout and on the training pitch, Scholes would provide Van Gaal with rapier-sharp analysis on players, their mood, conduct and behaviour.

Scholes was spot on about Jack Wilshere, saying he hadn't improved in the five years since bursting onto the scene at just seventeen. The Arsenal and England midfielder, who describes Scholes as the country's greatest ever midfielder saw fit to call him to elaborate.

Sir Alex Ferguson used to use the ginger maestro as a sounding board. Scholes walked out of the dressing room during Roy Keane's infamous rant which sealed his departure and advised he should sell Ruud van Nistelrooy for undermining group morale.

He didn't holler too much - but when he did, it meant something - usually decisive and withering.

Think of the invaluable experience, knowledge and continuity Scholes would bring to Van Gaal.

The Dutchman is a big character and bestowed with a huge track record, knows his own mind. But  Scholes and Giggs with a roll of honour longer than most people's arms, would stem Van Gaal from throwing the baby out with the bath water.

Indeed, there's still a lot right with Manchester United if Paul Scholes is a coach at the club.
by Soccermongery's Jonny Gould on Thursday, May 15, 2014 No comments: