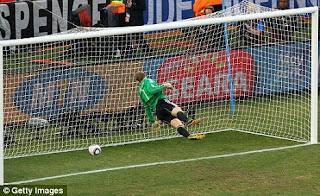 Football is full of simple truths and philosophies and as we contemplate yet more pain at the hands of the Germans, none could be more fitting than Sir Alex Ferguson's maxim, "Goals Change Games".
Had the referee correctly allowed Frank Lampard's chip over German 'keeper, Neuer, England would've gone in at half-time tied at two-all and Fabio Capello's team talk would've been about pushing for victory as opposed to continuing the fightback. 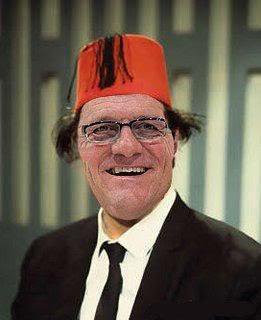 And of course, the game's shape would've been altogether different too: Germany would never have scored their goals on the break as they did, because England wouldn't have pushed up so much to leave themselves exposed at the back.
But all of that is to ignore the simple facts: our defending to concede the first two was awful, we were second best on the night and England were lamentable throughout the World Cup as a whole.
Fabio Capello's sent out conflicting messages as he comes to terms with why he failed to galvanise the squad so comprehensively. Firstly, he insisted he would not resign in the wake of our heaviest ever World Cup defeat.
But he's softened on that: now he says he'll put it out to the fans. If the mood is negative toward him in the media and on the terraces, I believe Fabio will walk with a few million compensation. 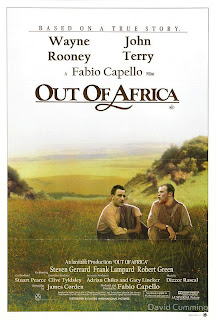 There was certainly a dressing room mutiny after the Algeria game. Voiced by John Terry at a spectacular news conference, he got his own back on Capello for dropping him as England captain.
While the Italian has all the experience in the world of building winning teams at the highest level, he's left wanting over tournament experience. He failed to keep England's squad motivated and focused in the sleepy dormitories of their Rustenburg lair.
As I mentioned previously, England can't win the World Cup while there's such a huge conflict of interests between the Premier League and the England team. The players are too well paid with their clubs - plus it's an all consuming relationship which means playing for England is at best a distraction and at worst a burden. 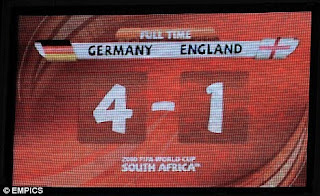 As my colleague Nigel Bidmead succinctly expressed it, "The Premier League is a great watch. The national side has been sacrificed at its altar".
So until that landscape is truly addressed, the England manager's job will continue to be a poisoned chalice and a graveyard to reputations.
Click here for the current Top Story.
Soccermongery's all about your feedback, so write away, right away!
by Soccermongery's Jonny Gould on Sunday, June 27, 2010