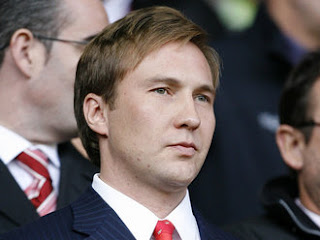 Tom Hicks Jnr has resigned as both a director of Liverpool and the holding company which owns the club, after a foul-mouthed e-mail rant to a fan.

The son of co-owner Tom Hicks became embroiled in controversy when it emerged he'd responded abusively to a fan who contacted him directly about the state of the club and its finances.

Having initially called the fan an "idiot", Hicks Jnr reportedly then sent a second e-mail saying: "Blow me fuck face. Go to Hell. I'm sick of you."

Hicks Jnr subsequently apologised but it was too late. He's now quit.

The Spirit of Shankly fans' group, committed to the removal of the American co-owners Hicks Snr and George Gillett, had called for wee Tom Jnr to resign.

However, with his father as co-owner it appeared there'd be little pressure from the top to do so. But this episode is problematic for the troubled owners. 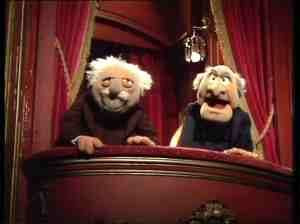 Hicks Jnr was seen as a key player on Anfield's finely-balanced board - of daddy Hicks, Gillett and his son Foster and managing director Christian Purslow. At the same time Liverpool announced his departure they revealed a re-structuring of the boardroom of both the club and Kop Holdings.

Casey Coffman, executive vice-president of Hicks Holdings, is the man brought in to replace Hicks Jnr while Liverpool's chief financial officer Philip Nash and the club's commercial director Ian Ayre are also both elected to both companies.

Click here Togo should have let their players play on!