EXCLUSIVE: Cock-up Charlton's Curbishley replacement was under their noses! 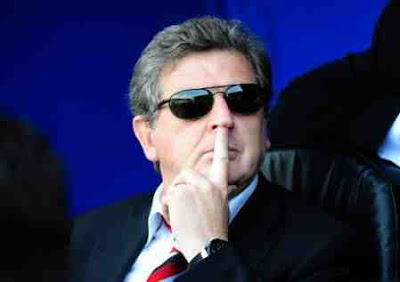 The day Alan Curbishley bowed out of Charlton Athletic after fifteen years, was the day the club went into a downward spiral in which they're still spinning out of control. But it could've been so very different.

There's been a succession of awful managerial appointments at The Valley and next season, there's the real prospect of another relegation - to the third tier of English football.

But the answer to their future was literally right under the Charlton board's noses!

I can exclusively reveal I sat next to Roy Hodgson in the Director's Box at The Valley, that very day.

Two-and-a-half-years later, as Charlton stare up at the rest, four-points adrift at the foot of the Championship, letting Curbs slip out "the front door" was a cock-up enough - but watching Hodgson take his chance with Fulham so comprehensively, makes Charlton's mistake dimensional!
Their visionless board didn't know what they had - how far they'd come - and 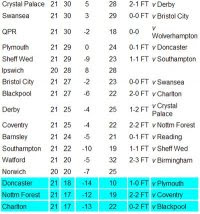 what to do next.
Hodgson was the perfect replacement for Curbishley.
Curbs, together with Steve Gritt entered the stage as something of a comedy duo. They were the first joint managers in the English game. He and Gritt had zero experience in management. The club had no money and, worse, no ground.
Slowly, painfully, they put a side together and the first signs that something was stirring came at Ewood Park in February 1994, when Jack Walker's millionaire Blackburn, who won the Premiership the following year, were beaten by the penniless Addicks.
Curbishley, on his own after Gritt was sacked in 1995, then dragged Charlton away from all the dreary years of post-War mediocrity.
I'd been telling anyone who'd listen that to kick-on from years of patient, excellent progress, Charlton needed to appoint a manager for the bigger stage. Hodgson, a Londoner, with his Inter and Swiss credentials would've been perfect. He was clearly looking for a Premier League job in London. He got one. 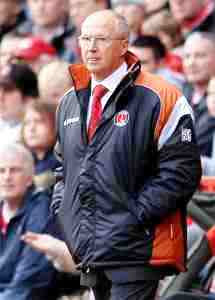 The progress of Fulham couldn't be in more stark contrast to Charlton.
The board, without a clue what should follow Curbs were keen on a man with no Premier League experience. Billy Davies was a strange Plan A 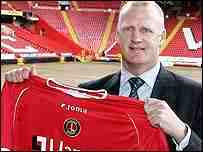 to pursue - but when he wouldn't come to The Valley, Plan B (for Backfoot) was Iain Dowie, acrimoniously hired from relegated rivals Crystal Palace. When that didn't work out, Plan C (for well, make your own jokes here) was Les Reed.
Appalling.
Charlton's board are so clueless, they must be going through the phone book looking for coaches now: Pardew? Parkinson? it's Pearce next!
They had it all in 2006: an excellent manager: okay, as a team they'd gone back a little over eighteen months, but only from higher to lower mid-table. The stadium was playing to full houses and had been developed very nicely over the years. They were ferrying fans in for a fiver from further afield, fuelling a fanbase.
And it's no exaggeration to describe their part of London as the country's region of opportunity. The City and The Olympics on their doorstep. So much opportunity! Where do you start?
With Spurs struggling at the time, they had a genuine chance to grow the club in the south-east and Kent, behind Chelsea and Arsenal as the region's third biggest club.
THEY'VE FAILED BADLY.
At New Year, Charlton are hurtling towards the third tier; Hodgson's Fulham who negotiated a miracle escape from relegation last season, are in the Premier League's top-half. 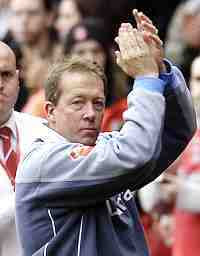 "Most managers leave by the back door, I'm getting clapped out of the front door which is how I would have wanted to go", a moved Curbishley croaked at the time. Players from both sides formed a guard of honour as the stadium rose as one in appreciation. They didn't know it at the time, but the poor fans were saying goodbye to the Big Time.
Charlton's board can't apologise enough to the supporters for how badly they've mismanaged the Addicks ever since. They've run their Premier League club more like a Provincial Golf Club. Now they're handicapped, four-under-par the field. They're going to miss the cut.
This looks like damage which could take a decade or more to rectify.
Soccermongery's all about your feedback, so write away, right away!
Also on Soccermongery: January Transfer Window Comment and Podcast Laugh: Jose Mourinho sings the Blues
by Soccermongery's Jonny Gould on Wednesday, January 07, 2009